Schools throughout the United States and around the world share a common goal of producing global citizens. This goal hinges upon making sure students have a solid understanding of the sciences, technology, engineering, and mathematics. It is common knowledge that the United States lags behind its European and Asian counterparts in mathematics education. The Common Core State Standards are a direct effort to counter this result. As educators and content writers responsible for the development of Afficient Math, we recognize the importance of these standards and have developed a Common Core-aligned curriculum that fosters college and career readiness for this competitive and global market.

THE DRIVING FORCE FOR A NEW STANDARD

The National Council for Teachers of Mathematics (NCTM), a national-level organization that constructs guidelines for math standards in the United States, acknowledged a need for new elementary to high-school mathematics guidelines after several years of poor standardized test results locally and internationally. In 2010, the NCTM authored guidelines that heavily relied on the standards of high-performing Asian countries, particularly Singapore.

The new guidelines, characterized as the Common Core State Standards, closely model the mathematics framework developed in Singapore. According to Blalock, who published her dissertation on the impact of this framework on student enjoyment of mathematics, “fostering mathematical problem solving is the primary goal of [the] Singapore Math [Curriculum],” emphasizing conceptual understanding, skill proficiency, reasoning, and the use of technology. She also notes that this design encourages “an appreciation for mathematics by moving at a slower pace and providing more student support than many other mathematics curricula.”

The NCTM identified several key reasons for adopting a model similar to the one used in Singapore:

THE DIFFERENCE BETWEEN THE COMMON CORE AND PREVIOUS STATE STANDARDS

Zimba, one of the primary writers of the Common Core State Standards, noted that achieving the twin goals of college and career readiness and setting a globally competitive standard means reshaping the curriculum to include substantial amounts of algebra. He states that “credit-bearing courses in two-year and postsecondary institutions require a thorough amount of algebra.” Zimba also notes that the most crucial difference between the previous state standards and the new standards is to refocus on arithmetic in the elementary grades. Zimba states, “Teachers and students were … required to spend a lot of time on other things: shapes, probability, statistics—all of it portrayed as being equally important even though arithmetic is much higher stakes for children and leads directly to algebra.” This reemphasis on arithmetic follows longstanding domestic recommendations and conclusions drawn by TIMSS and other international studies.

Another difference between the previous state standards and the Common Core State Standards is that the new standards more accurately embody excellence as the mastery of procedures and math concepts and applying these concepts and methods to solve problems.

AFFICIENT ACADEMY RISES TO THE CHALLENGE

The standards in high-performing countries have now been synchronized with national standards in the United States.  Afficient Academy understands the high-stakes nature of your child’s education and has met this challenge with a Common Core-aligned curriculum that is self-paced to allow for a solid foundation in and progression through elementary and secondary level mathematics. Interested in how Afficient Academy can help your student? Sign up for the free diagnostic test on our website. This will help us determine the appropriate starting level to place your student in Afficient Math. You can also send us an email or give us a call at 408-726-2245 if you have additional questions. 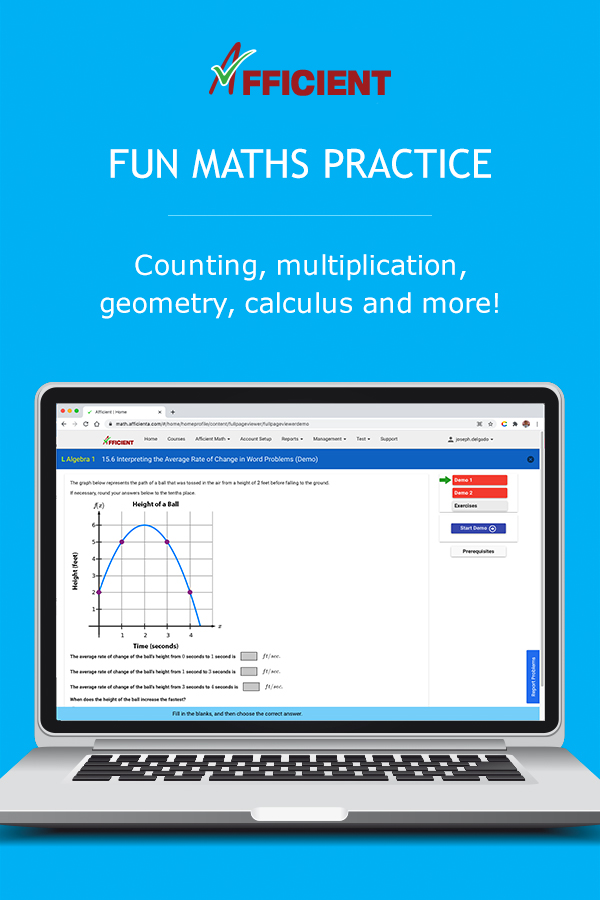